The campaign was initiated against the backdrop of the popular practice of inviting only male panellists as speakers, experts and resource person in debate, discussion and gatherings.

Therefore, the campaign aims to promote women’s voice in public forums in line with the concept of gender equality and spirit of Sustainable Development Goal “leaving no one behind”. 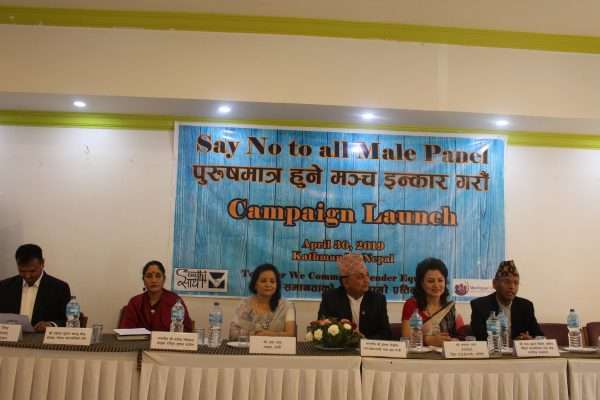 Speaking at the program organized to launch the campaign on April 30, Deputy Prime Minister and Defense Minister Ishwar Pokharel said that he is signing the campaign not merely to fulfil formality but it is etched in his mind for good. DPM Pokharel expressed that the campaign will contribute toward ensuring women’s participation in public panels.

Secretary at the Ministry of Women, Children and Social Welfare Chandra Ghimire said that women representations have increase due to reservation provisions in constitution. He was of the opinion that behavioral change, demystifying cultural biases, and deconstructing gender stereotypes are essential to ensure meaningful participation of women in public forums. 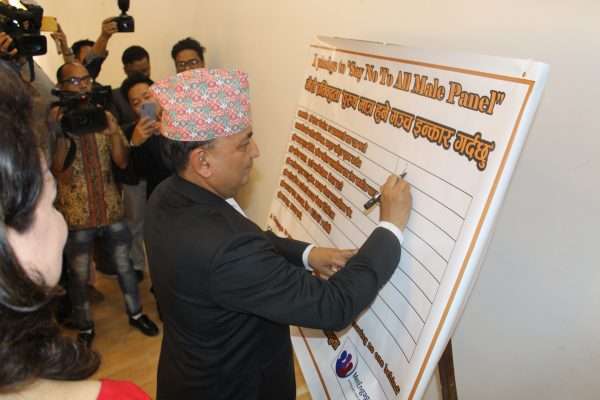 Yesoda Timsina, commissioner at National Information Commission, said that given our socio-economic reality, dealing with women’s issues will yield effective result only through men’s engagement and commitment it.

Bandana Rana, vice chair of CEDAW committee and campaign initiator recalled that some of the constitutional provisions in Nepal are very much progressive toward the gender equality. However, the spirits of equality carried by the constitution and other legislations have little reflection in behaviors and practice. “This campaign hope to provide further impetus to gender mainstreaming and amplify women’s voice and increase their participation in the public debate,” Rana said.

Ashok Byanju Shrestha, the chair of Municipal Association of Nepal said that balanced development can only be achieved through inclusive gender development.

Noting that campaign is more relevant with media sector, Executive Chair of Nepal Television, Mahendra Bista opined that institutions instrumental in ensuring inclusive society are yet to develop in Nepal. 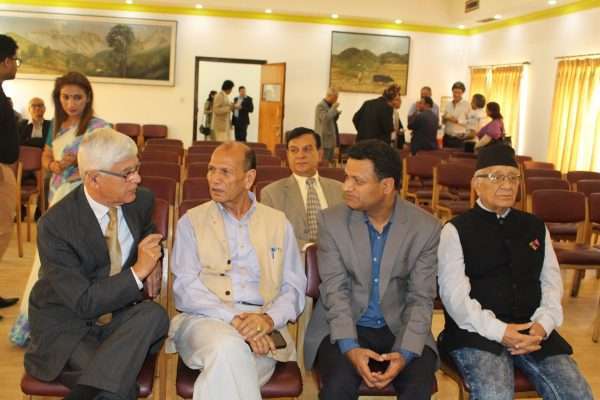 Saathi’s president Uma Shah said that the campaign was launched is in line with Saathi’s vision of gender equal society. She was of the opinion that democracy will thrive and development will sustain only if practice incisiveness in our thoughts and behaviours.

Over 100 influential people including political party leaders, incumbent and former bureaucrats, defense officials, human rights activists, writers among others attended the program and expressed their solidarity to the campaign.