Ashreya Shivirs (Women Shelters)
In 1995, Saathi opened the first Shelter (Ashreya Shivir) for women and girls facing Domestic and Gender Based Violence in Nepal. Currently such Shivirs are operated in Kathmandu, Banke and Kapilvastu. The Shelters provide accommodation (up to six months) and needed support to women and girls survivors and victims of physical, sexual and mental abuse as well as to the victims of trafficking and armed conflict. These shelters cater to women and girls from all over the nation through referrals. The services provided in the Shelters range from counseling, legal support, reintegration and medical support. Furthermore, the survivors are also provided with non-formal education and income generating skill training according to their background and interest to develop their confidence and economic independence resulting in self-reliance.

Bal Ashreya Shivir (Safe Homes for Children)
Since October 2001, Saathi has been providing accommodation and support to children survivors of physical abuse, sexual abuse, conflict, destitute or orphaned children, and children from low economic background Currently, Saathi operates five Safe Homes for Children situated in Kathmandu but catering to children from all over the country through referrals. Services to these children range from lodging, food, clothing, security and shelter, along with formal education, counseling service and recreational facilities. Through this service, Saathi aims to contribute to the creation of a self-sustainable living community for needy children.

Access to Justice Program
Saathi has been implementing project Addressing Social-barriers That Hampers Advancement of Women (ASTHA) since 2016. The project is being implemented in 8 Districts; Siraha, Mahottari, Dolakha, Sindhupalchok, Kapilbastu, Dang, Kanchanpur and Bajura through five consortium partners. The overall objective of the program is to create a violence free society for women and girls to exercise their rights and lead a dignified life. For meeting its objectives, program has adopted strategies such as raising awareness, engaging men and boys, collaboration with sports organizations, coordination with government and non-government agencies. The program is strengthening access to justice of Gender Based Violence survivors by mobilizing GBV groups and Men’s groups formed at VDC level. On one hand, the project, through these groups, raise awareness against GBV at VDC level through different awareness raising activities, campaigning and interactions. On the other hand, it provides support and linkage to the survivors to access justice through government service providing mechanism.

Cross-border Anti-trafficking program
In 2003, recognizing the severity of human trafficking at the India-Nepal border, Saathi initiated its cross-border anti-trafficking program in Banke, Kanchanpur, Kapilvastu and Kailali. The objective of the program is to prevent the illegal trafficking of Nepali women and girls for any kind of abuse, exploitation, forced labor, prostitution, domestic slavery and illegal organ trade to India and other foreign countries.

With this program Saathi aims to prevent illegal human trafficking by boarder monitoring and direct interception as well as focus on awareness raising, networking and documentation for long term prevention. In order to protect girls and women and reintegrate them into society, Saathi has established a Rehabilitation-Center in Banke and a Transit-Center in Kanchanpur. To ensure the security and empowerment of women migrant workers Saathi has also established a Safe Migration Counseling and Resource Center (SMRC) in Banke and a Safe Migration and Gender-Based Violence Information Center in Kapilvastu.

Creating a safe professional environment for girls and women working in the entertainment sector
Estimates suggest that there are around 30,000 women and girls in Kathmandu alone who are working in the entertainment sector and arein extreme risk of sexual exploitation and abuse. To address the vulnerabilities of such women and girls, Saathi initiated a project in 2004 that includes several components such as outreach, counseling, life skills training, sensitization programs and referral services. Later, new components like alternative gainful employment, vocational trainings and reintegration programs have also been added.

Strengthening the Rights of Women Home Based Workers (HBWs)
Saathi has been working with women home based workers from the slum areas from 2013 to increase their visibility and voice among policy makers and other organizations by engaging them into dialogues with city officials for required policies and programs. Saathi also provides them with skill building training, capacitating in communication and access to information and other benefits as well as group formation for their empowerment and collective strength.

Advocacy and Awareness Raising
To raise awareness on VAW/C and advocate on behalf of women and children, Saathi regularly organizes social mobilization programs, media campaigns, training and workshops with various stakeholders at different levels. Saathi effectively uses and localizes international UN instruments and global policies such as CEDAW, Beijing Platform for Action, ICPD and UNSCR 1325 & 1820 and its successive resolutions to strengthen accountability of national machineries and actors towards women and children’s human rights and promotion of gender equality.

Promoting Gender-Based Violence Free Society
Saathi conducts various capacity building, awareness and advocacy programs at central and district level with the objective to increase community awareness and strengthen capacity to combat violence against women and girls by focusing on addressing legal frameworks and mechanisms for improving the survivors/victims access to justice.

Keeping the Beijing Torch Alive
The Beijing Platform for Action (1995) has been the guiding framework for Saathi’s programs in addressing women’s overall development and empowerment. Saathi works with its partners to keep the Beijing commitments alive in Nepal. In 2009, Saathi formed a National Network for Beijing Review Nepal (NNBN) that constitutes of 78 national and local NGOs having programs throughout the country. NNBN held the national conference for Beijing+15 and Beijing +20 and continues to monitor its implementation at all levels.

16 days of Activism against Gender-Based Violence
Saathi pioneered the marking of the 16 days of activism against GBV campaignsince 1997 in Nepal. The integral component of the campaign has been movement building and media mobilization with dissemination of information through the local newspapers, radio, televisions, street theatres and rallies to create awareness among the general public and strengthen accountability of key stakeholders.

UNSCR 1325 & 1820
Since 2004, Saathi has intensively advocated for the implementation of the UNSCResolutions 1325 &1820 on women peace and security through capacity building workshops, media mobilization, research and publication. Saathi was one of the key collaborators of the Ministry of Peace and Reconstruction in developing the National Action Plan (NAP) for the implementation of UNSCR 1325 &1820 in 2010 and is actively engaged in its implementation, localization and monitoring. Saathi also leads the Civil Society Network – 1325 Action Group.

Engaging Men and Boys
Saathi is one of the pioneer organization that initiated Engaging Men and Boys Program to address GBV. Saathi’s joint Campaign “Our Goal: Stop Violence Against Women” with All Nepal Football Association (ANFA) has been a model program nationally and globally. It has also initiated partnership with Cricket Association of Nepal (CAN), thus using the powerful potential of sports to bring about nationwide positive societal change particularly amongst the youth and men. 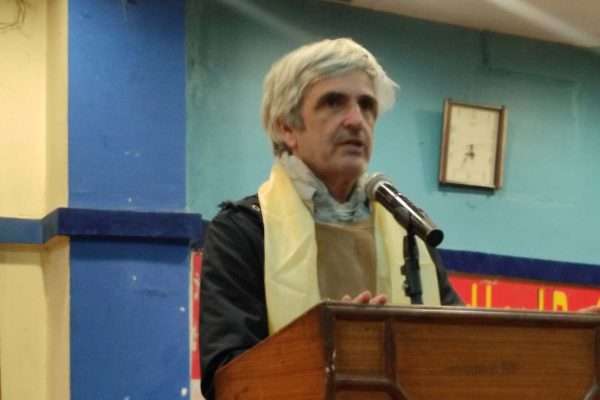 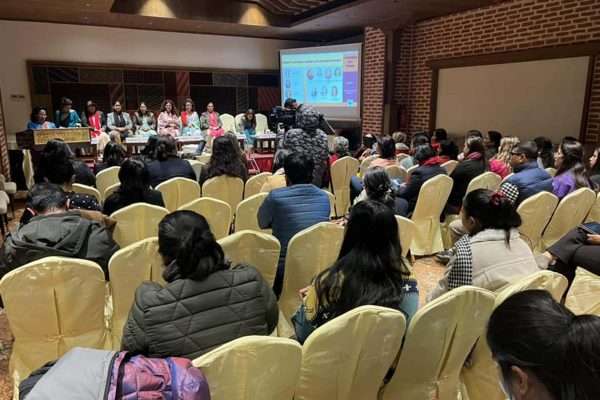 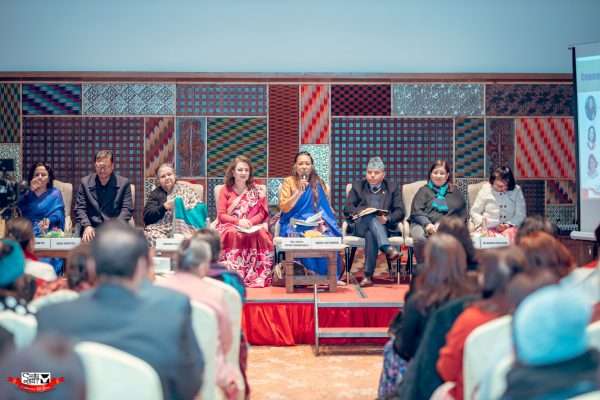